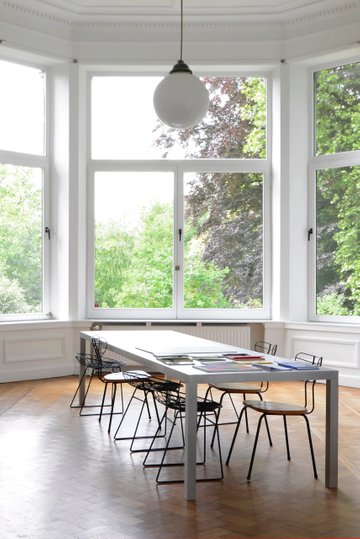 Bureau des Réalités aims at creating an intimate and critical approach to contemporary art practices through the participation of artists, curators, writers and editors in the cross-sectional domain of image, object and language circulating in the environment of the Bureau (office*) as a site of thought production.

The program includes exhibitions, residences, lectures, editions and publications  as well as outside curatorial projects to maintain an active and plural reflection.

Bureau des Réalités is a non-profit organization founded in May 2015 by Lilou Vidal, French independent curator based in Brussels and Turin.

Parallel to its program in Belgium, Bureau des Réalités is developing new prospective approaches and curatorial projects in the Piedmont (Italy).

* The office is a workspace where to unite a thought from the singular to the collective order, it is the object, the transitional furniture in which thought transforms into form, word into language; into computer technology, it is a  blue screen, the desk hosting various source files from different origins, intentionally or randomly, it belongs to a company and tertiary sector,  it is a department, it is a room, 'a room of one's own' from Virginia Woolf, it is       an administration  service, it is an agency,   it is an architectural space and an idea, it   is ..